Get fresh music recommendations delivered to your inbox every Friday.

One Around the Sun 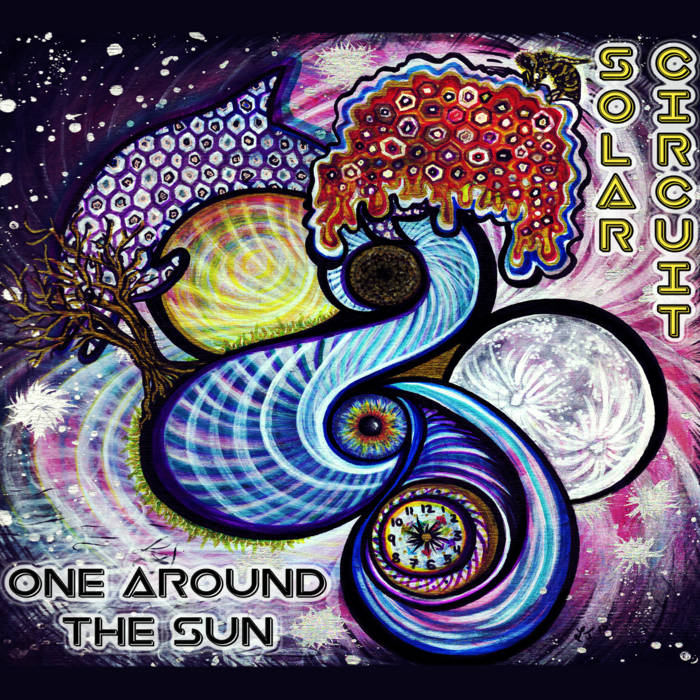 Solar Circuit presents their debut full length studio album 'One Around The Sun'. Following another year under their belt, 'One Around the Sun' captures the development of this jamtronic trance fusion groups sound, drive, and passion for the collaboration they have built and seek to share with the world.

With the release of 'Levitate EP' in 2016, this motivated and eager up-and-coming Philly act sought to get their feet off the ground and their sounds to the world. Now, pulling out the tracks that were saved in the repository, having been heard only at live performances, these original tracks now come to life as studio cuts, available for purchase and streaming on all major music outlets.

The sound of 'One Around The Sun' is the summation of the eclectic mix that Solar Circuit has developed into their own. Pulling from a wide variety of influences, genres, and skill sets, these four dedicated musicians and friends are excited to continue to dive deeper into the unique blend of sounds they have developed. With the pure intentions of hoping to reach and speak to their audience and to provide an escape from this troubled world, we invite you to step into the Solar Circuit and see what is in store for this trip around the sun, as well many more to come...

Sacred Flame
*Tracks 2, 8, 9, and 10
This 9 part series was originally composed, produced, and released in 2013 by TR (Solar Circuit bassist and vocalist, Taylor Jamison). 'Sacred Flame', the space rock opera, has come to life in a new form; reworked and remixed for a live setting within the catalog of Solar Circuit. Installations #s 2, 4, 5, and 8 are present on 'One Around The Sun', and further segments will continue to be revealed throughout the upcoming years as Solar Circuit, to reveal the remaining pieces of this interstellar tale.

Jamtronic Trance Fusion band, with improvisational roots to take the crowd down a unique and experimental path with each live set. “Even with influences like The Disco Biscuits, STS9, Lotus, and Phish, Solar Circuit maintains a unique style and sound in their live performances and in their recent studio work while mixing in the dance/trance element...” - 215music

Bandcamp Daily  your guide to the world of Bandcamp